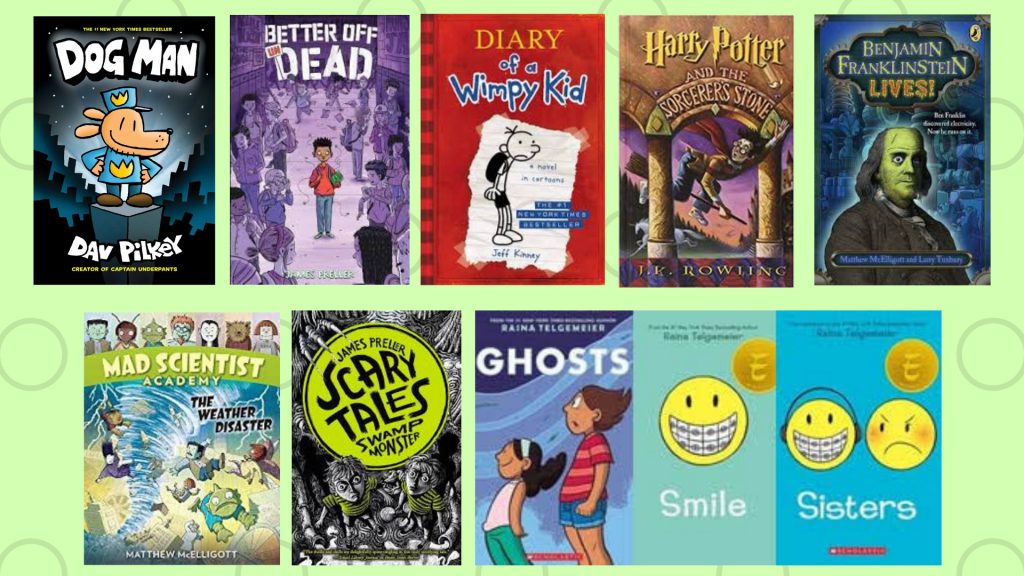 Results from the first round of the first-ever Pinewood Elementary School March Madness-style Book Bracket Challenge were met with big cheers as winners were announced in classrooms the last week in January.

A total of 562 Pinewood students voted on their favorites from a field of 16 fiction titles that are among the most popular books in the school’s library. The “Sweet Sixteen” were announced last December, giving students in grades 3-5 several weeks to read the books before the initial two-week voting period began.

While Pinewood got an early start, bracket-style book challenges and voting will be held at each of the district’s schools. Watch your social media feeds through the end of March for photos of students and the top book contenders. They will include the hashtag #MohonReads. The book challenge will conclude with a districtwide celebration and Family Fun Night scheduled for April 11.

Below are results from the first round of the Pinewood Book Bracket Challenge:

Voting for the remaining “Elite 8” ends on Friday, February 8. There will be two more rounds of voting before the “champion of books” is named in March.