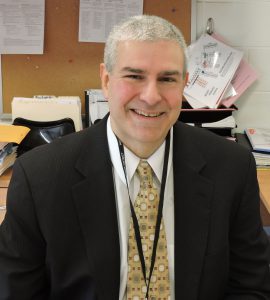 Thompson comes to Mohonasen from Schalmont Central School District, where he was most recently assistant principal at Jefferson Elementary School. He received a bachelor of arts degree in English from SUNY Albany and a master of science in secondary education from The College of Saint Rose. Thompson has an advanced graduate certificate in school building leadership and an advanced graduate certificate in school district leadership, both from SUNY Albany.

“Mr. Thompson brings solid experience as an instructional leader to his role at Pinewood,” said Dr. Kathleen A. Spring, Mohonasen Superintendent of Schools. “We are confident that Pinewood will continue to flourish under the guidance of Mr. Thompson and Assistant Principal Thomas O’Connor.”

Thompson replaces Deborah Kavanaugh-Farnan, who will take on a new role at the district level to assist with some of the tasks that were the responsibility of Diane McIver, who recently retired.