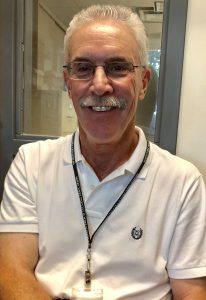 The Mohonasen Central School District welcomes Robert Stulmaker as the new interim Director Physical Education, Health and Athletics. Stulmaker, who was appointed by the Board of Education on Aug. 20, replaces Jason Friesen, who left Mohonasen recently to work in another school district downstate.

He said he was interested in joining the Mohonasen team because of the district’s “positive reputation and community support for education and public school athletics.”

“I know many of the coaches here and I just always thought it would be a great place to work,” Stulmaker said. “And Mohonasen student athletes are the best.”

Stulmaker retired three years ago after more than a decade serving as Assistant Director of the New York State Public High School Athletic Association. Prior to that he worked from 1995-2007 as Director of Physical Education, Athletics and Health for the Saratoga Springs City School District. He was also an Assistant Principal, Physical Education teacher, wrestling, football and baseball coach in that district during a career dating back to 1982.

Today, he continues his work in athletics education an adjunct professor at Sage Colleges in Albany, Castleton University, Vermont, the State University of New York at Cortland, and as a faculty member with the Capital Area School Development Association (CASDA).

Stulmaker is an award-winning officer and member of numerous state and community organizations, and has been inducted into the National Wrestling Hall of Fame, NYS Athletic Administrators Association Hall of Fame, and the Saratoga Springs High School Hall of Fame.

He earned a master’s and a bachelor’s degree in Physical Education from Ithaca College and administrative certifications from the State University of New York at Albany.