The time to talk about depression and suicide is now 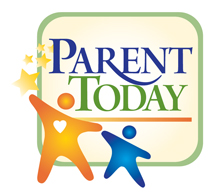 The following column was posted in Parent Today in September 2014.

There is a stigma surrounding mental health issues that makes starting a conversation difficult.

When comedic actor Robin Williams committed suicide in August, reportedly motivated by severe depression, people around the world were stunned and saddened, prompting many to post tributes to him and send supportive messages for his family and friends through both social media and traditional media channels.

For a brief time, depression and mental wellness were in the headlines. Maybe it was easier to talk about when it was someone else’s problem. Then, the conversation faded.

And that’s a tragic statement about a tragic death.

Despite our sadness and collective disbelief, Williams’ death hasn’t prompted any sort of enduring public outcry that something must be done to address the shame that keeps us from talking about mental health issues.

Here it is September – National Suicide Prevention Awareness Month – just a little over a month since Robin Williams’ death. The discussion about depression and other mental health issues shouldn’t stop because it’s no longer celebrity news. The dialogue has to continue, and it shouldn’t be in hushed whispers. Candid conversation might be what prevents another tragic death by suicide.

According to SAVE.org (Suicide Awareness Voices of Education), research strongly links depression and suicide, estimating that 90 percent of the people who die by suicide have an existing mental illness or substance abuse problem at the time of their death.

We’re not saying that depression always leads to suicide. In fact, according to allaboutdepression.com, doctors stress that most people who are depressed do not kill themselves. However, it is not uncommon for depressed individuals to have thoughts about suicide whether or not they intend to act on these thoughts. And doctors tell us that untreated depression can increase the risk of attempted suicide.

We don’t like to talk about mental health issues – especially if it touches someone close to us – because of the stigma.

A stigma is defined as “a mark of disgrace associated with a particular circumstance, quality, or person.” A person who has a mental illness may believe they are inherently flawed. Family members may feel they’ve somehow failed.

Yet, mental illness is just that – an illness, defined as “a disease or period of sickness affecting the body or mind.” As a society, we need to start treating it that way, so we can treat it. Silence is deafening, and potentially deadly.

We don’t want to believe mental illness could affect our children or their friends.

Yet, the National Institute of Mental Health estimates 11 percent of youth will have a depressive disorder, defined as persistent feelings of sadness and worthlessness and a lack of desire to engage in formerly pleasurable activities, by the time they are 18.

That’s more than one kid out of every 10, or at least two students in your child’s physics class; six between the JV and varsity football teams; 11 in a 100-student National Honor Society; 30 in a graduating class of 300.

According to the Centers for Disease Control and Prevention (CDC), a nationwide survey of students in grades 9–12 in both public and private schools in the United States revealed that 16 percent of students reported seriously considering suicide, 13 percent reported creating a plan, and 8 percent reported trying to take their own life in the 12 months preceding the survey. CDC also reports that each year, approximately 157,000 youth between the ages of 10 and 24 in this country receive medical care at emergency departments for self-inflicted injuries.

Statistics indicate suicide is the third leading cause of death among youth ages 15-24, following on the heels of unintentional injury and homicide.

Yet, the silence remains.

We talk about our children’s physical health the way we talk about ordering lunch. “Suzie has to have knee surgery. Without it, the doctor says she won’t be able to run competitively again. She’ll be out of school for two weeks, then in physical therapy for six months. The doctor says she’s expected to make a full recovery.”

We must start to talk about mental health as openly as we do physical health. We must understand it and treat it as an illness.

More importantly, we must talk to our children about mental health in a way that removes the labels and the shame of it. By opening it up as a topic of discussion, we say it’s OK to talk about this. We tell our children we are here to listen, that they should not be afraid to tell us they’re worried about a friend’s safety. Or their own.

It’s a huge disservice to our children, if we don’t work harder to drive out this stigma. The stigma promotes silence.

September is National Suicide Prevention Awareness Month. Read about the signs of suicide. Talk to your teen.

Someone’s life may depend on it.

If you suspect your child is struggling, reach out for help. (See resource list below.) Contact a school counselor or social worker to discuss your concerns.

If you believe your child is thinking about harming him/herself, call the Suicide Prevention Lifeline at 1-800-273-TALK (8255) or go to the emergency room.