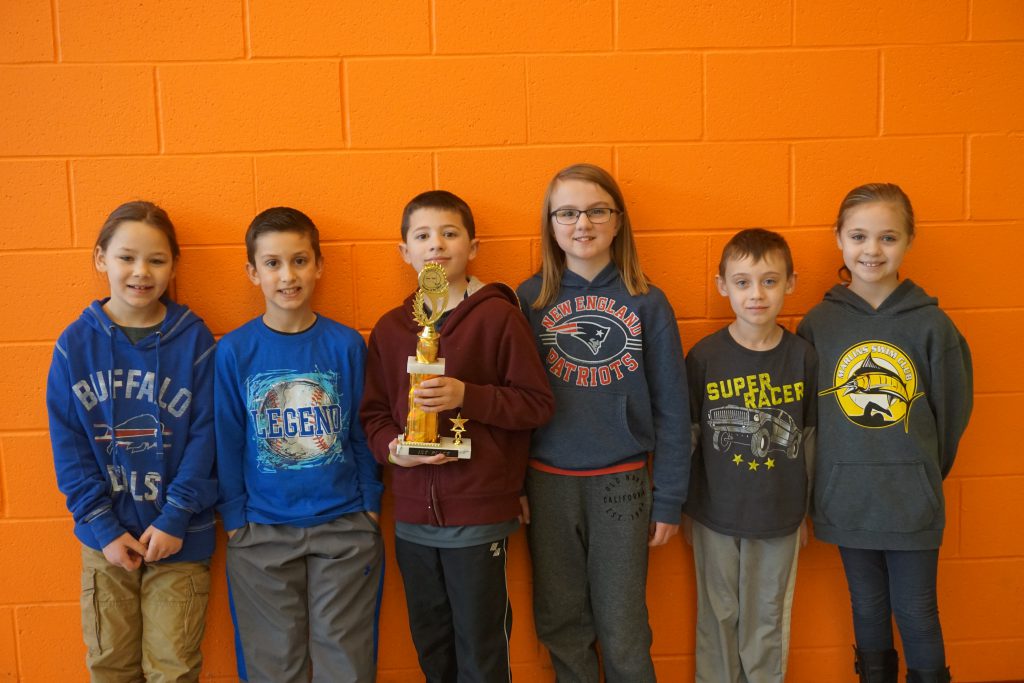 After winning the regional Odyssey of the Mind competition, a team of third graders from Pinewood Intermediate School will head to Binghamton University on April 7 to compete against other top teams for the chance to represent New York state at the Odyssey World Finals in May.

The winning team was among four student teams from Pinewood to compete at regionals. A total of seven teams represented Mohonasen at the Region 7 competition.

“We are extremely proud of all of our Odyssey teams,” said the district’s Odyssey advisor Jason Varga. “It is exciting for these third graders to compete at the state level and we wish them the best of luck in their quest to get to the World Finals in Iowa.”

Using critical thinking skills and lots of teamwork, the Odyssey teams must solve two problems: one spontaneous, and the other a prepared response to a hypothetical problem. Teams choose one of six problems and create a performance, or skit, to provide a response that is performed before a panel of judges. The team spends several months preparing for competition, building props and perfecting their team response.

According to Varga, the problem chosen by the winning Pinewood team is called “Emoji, Speak For Yourself,” in which the students were tasked with creating the story of a once famous emoji that has since been forgotten.

He said that to help tell their version of the story, the team designed and used three-dimensional emojis to demonstrate special functions like growing, turning into a team member, and changing into a different emoji.

“The team performed the story which includes a choreographed dance, a technical representation of texting, and sounds to enhance the performance,” said Varga. “And the problem came with a big twist. No spoken language is allowed. The performance has no speaking at all!”

The Pinewood team is guided by parent-coaches Alison LeClerc and Karen Pacelli. This year’s win marks the second time a Pinewood team has won first place at the regional competition. The last time was in 2007.

Congratulations to all of Mohonasen’s 2018 Odyssey of the Mind teams and good luck to the Pinewood team!