Home > > Mohonasen Competes in Odyssey of the Mind Tournament

Mohonasen Competes in Odyssey of the Mind Tournament 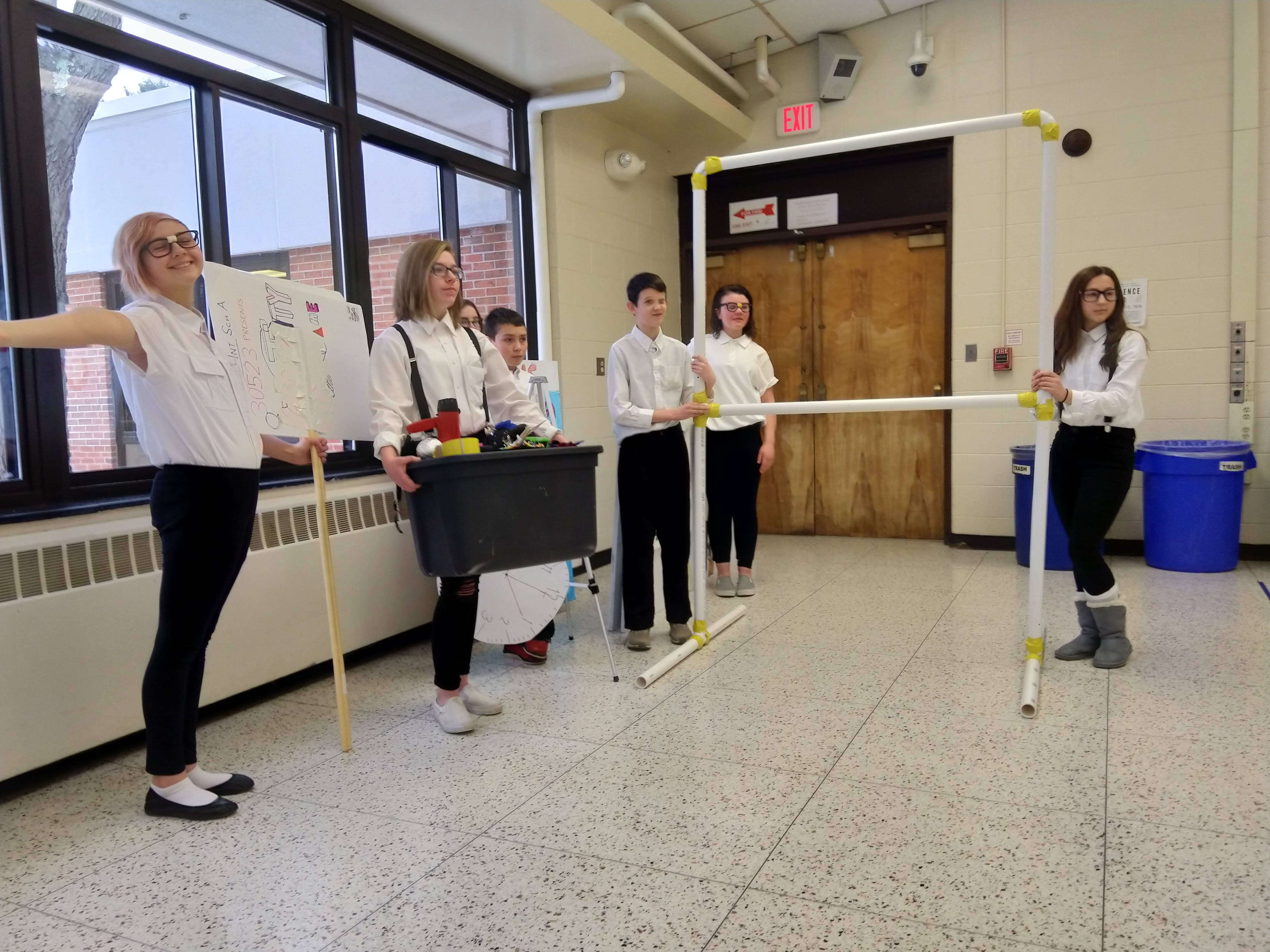 35 students represented the Mohonasen Central School District on Saturday, March 2 in the Region 7 Odyssey of the Mind Tournament at Shenendehowa East High School.

Odyssey of the Mind is an international educational program that provides creative problem-solving opportunities for students from kindergarten through college. Team members apply their creativity to solve problems that range from building mechanical devices to presenting their own interpretation of literary classics. They then bring their solutions to competition on the local, state, and World level. Thousands of teams from throughout the U.S. and from about 25 other countries participate in the program.

Mohonasen High School competed in Opposites Distract and won second place and a trip to the state championships, with an opportunity to earn a place at the World Finals! The team was coached by Pete Countryman and Brittany Countryman, and team members include Veronica Audette, Jocelyn Countryman, Tessa Degener, Cam Gagnon, Keegan Jarbis, Josh Mastromarchi, and Alexandra Skoda.

Coach Alison LeClerc’s team competed in Leonardo’s Workshop. The team earned third place overall and second place on their skit. Brenna MacTurk was given a prestigious OMER award (named for the organization’s mascot) for her work as the assistant coach for one of the Bradt teams!  Team members include Zach Bowers, Michael Collura, Katelyn Leclerc, Brenna MacTurk, Lucy Musto, Jack Pacelli, and Mason Varga.

The NYSOMA NY State Championships are March 23 in Binghamton, and the Odyssey World Finals will be May 22-25 at Michigan State University.