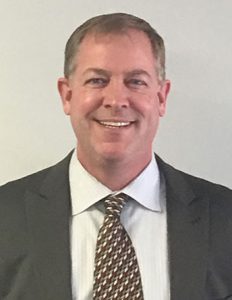 The Mohonasen Board of Education appointed Shannon C. Shine as the district’s new superintendent, effective July 1, at its regular meeting Wednesday, April 25.

“The Board of Education is excited to have Shannon join the Mohonasen team. We are most excited that he shares our vision and mission,” said Board President Lisa Gaglioti. “Shannon prides himself on being a transformative and collaborative leader, and we are confident that he will be well received by all of our stakeholders.”

Shine is currently superintendent at Galway Central School District, where he has served since August 2013.

“I look forward to meeting the Mohonasen students and to working collaboratively with teachers, staff and administration in order to ensure the next generation of students has a superlative educational experience,” said Shine. “I am a bottom-up collaborative leader, and I strive to embody the principles of servant leadership. I want to come alongside educational professionals and empower them to do the very best they can.”

The board of education first met with Capital Region BOCES superintendent search consultants in December 2017 following the announcement by current Superintendent Dr. Kathleen Spring that she would retire from the district on June 30, 2018.

Two community forums were held in January to gather input from all stakeholders, including parents, guardians, students, local residents, faculty and staff. Forum attendees were asked what characteristics and personal attributes they wanted their new superintendent to have, as well as what they felt were the district’s strengths and areas needing improvement.

The board then conducted an initial interview with seven of approximately 25 applicants to the position. Of those candidates, three were moved on to the stakeholder round, which was comprised of two interview teams each with an equal mix of staff members, teachers, parents and community members. Members of the stakeholder teams were selected by the search consultant based on recommendations from the leaders of district staff associations and parent groups.

The stakeholder interviews concluded in March, at which time two candidates moved forward to final interviews with the board in April.

“As a board, we felt the process was comprehensive and fair and allowed for meaningful input from all stakeholder groups,” said Gaglioti. “We appreciate the time and effort of our stakeholder teams, who were an integral part of this process.”

Shine said he looks forward to hitting the ground running at Mohonasen.

“I am eager to learn everything as fast as I can. This means diving into a lot of documents and data and meeting a lot of people and groups,” he said. “I want to know what folks are proud of and what folks think could use improvement.”

Shine and his wife, Ellen, of Clifton Park, have three adult children.