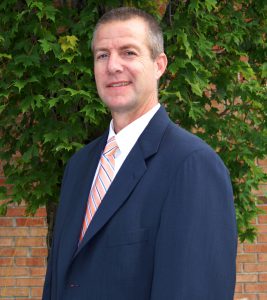 Jason Friesen has been appointed athletic director at Mohonasen following Matt Stein’s departure. Most recently, he worked as a physical education teacher at the Rye City School District from 2013 to 2017, where he instructed students in grades 9-12. In this position, Friesen also worked with physical education curriculum development and implementation, grading policies and equipment management. He is certified as a Project Adventure Instructor and is a hands-only CPR instructor through the American Heart Association.

Friesen has also worked as a physical education teacher at PS 129M John H. Finley Elementary School (2000-2003), English and mathematics teacher for grade 6 at multiple schools, and served as a director of teen travel at the Oasis Summer Camp, director of transportation at the 92nd Street Y Summer Camp and a counselor at the College of Health and Human Performance Summer Camp. Friesen has a strong foundation in several coaching positions, as well. He served as the head coach for varsity boys ice hockey, junior varsity girls volleyball and the Rye Ice Hockey Club at the Rye City School District and for the Paint Branch High School Ice Hockey Club. He also served as assistant coach for Rye varsity softball. He is involved as a board member and treasurer with the Lindy Cares coalition, which provides an opportunity for communities to come together to prevent underage drinking and substance abuse. 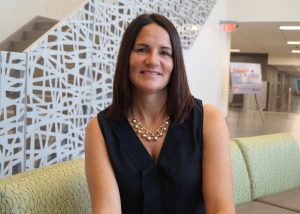 Lisa Carnibucci will serve as principal at the Center for Advanced Technology at Mohonasen. She served as the assistant principal for CAT during the 2016-17 school year, during which she helped refine operations, coordinate programs and stir up interest in CAT around the region during its inaugural year.

A familiar face around Mohonasen, Carnibucci also served as Dean of Students and a teacher leader at Mohonasen from 2011 to 2016, summer school principal intern at Mohonasen in 2015 and mathematics teacher in the district from 1999 to 2016. Before her start at Mohonasen, Carnibucci worked as a mathematics, science and computer literacy teacher at the Maplewood-Colonie Common School from 1989 to 1999. From 2006 to 2009, she also served as an adjunct professor in curriculum and methods of teaching mathematics at Union College.

Carnibucci holds a certification as a School Building Leader and in teaching for mathematics (grades 7-12), biology (general science, grades 7-12) and nursery (kindergarten and grades 1-6). She received a bachelor’s degree in mathematics/secondary education, a master’s degree in reading and Certificates of Advanced Study as a School Building Leader and School District Leader.

William Vacca will serve as the assistant principal for Bradt Primary School. Prior to joining Mohonasen, Vacca worked as a first grade teacher at Glendaal Elementary School in Scotia since 2011 and served in an administrative internship for the Scotia-Glenville Central School District since 2015, where he played a role in day-to-day school building administration, discipline, student supervision and curriculum-based policy development. Vacca also served in a summer school principal internship with the Burnt Hills-Ballston Lake Central School District.

Vacca has a wide range of experiences in coordinating education-related technology and served as the technology coordinator for Glendaal Elementary School, a Model Schools instructor, provided technology training for colleagues in education and works as a website designer.

“We are certain that these new appointments will make great additions to our administrative team,” Superintendent Dr. Kathleen Spring said. “They will have the chance to build upon Mohonasen’s strong foundation and help move our programs to the next level.”