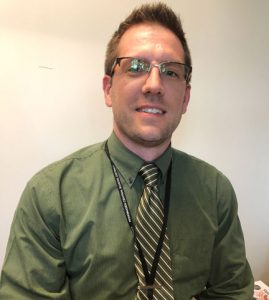 Hubbell earned a master’s degree in Education from SUNY Brockport and a bachelor’s degree in Mathematics with minors in Computer Science and Child Psychology from Houghton College. He is currently completing his New York State Building Leadership Certificate at the Massachusetts College of Liberal Arts.