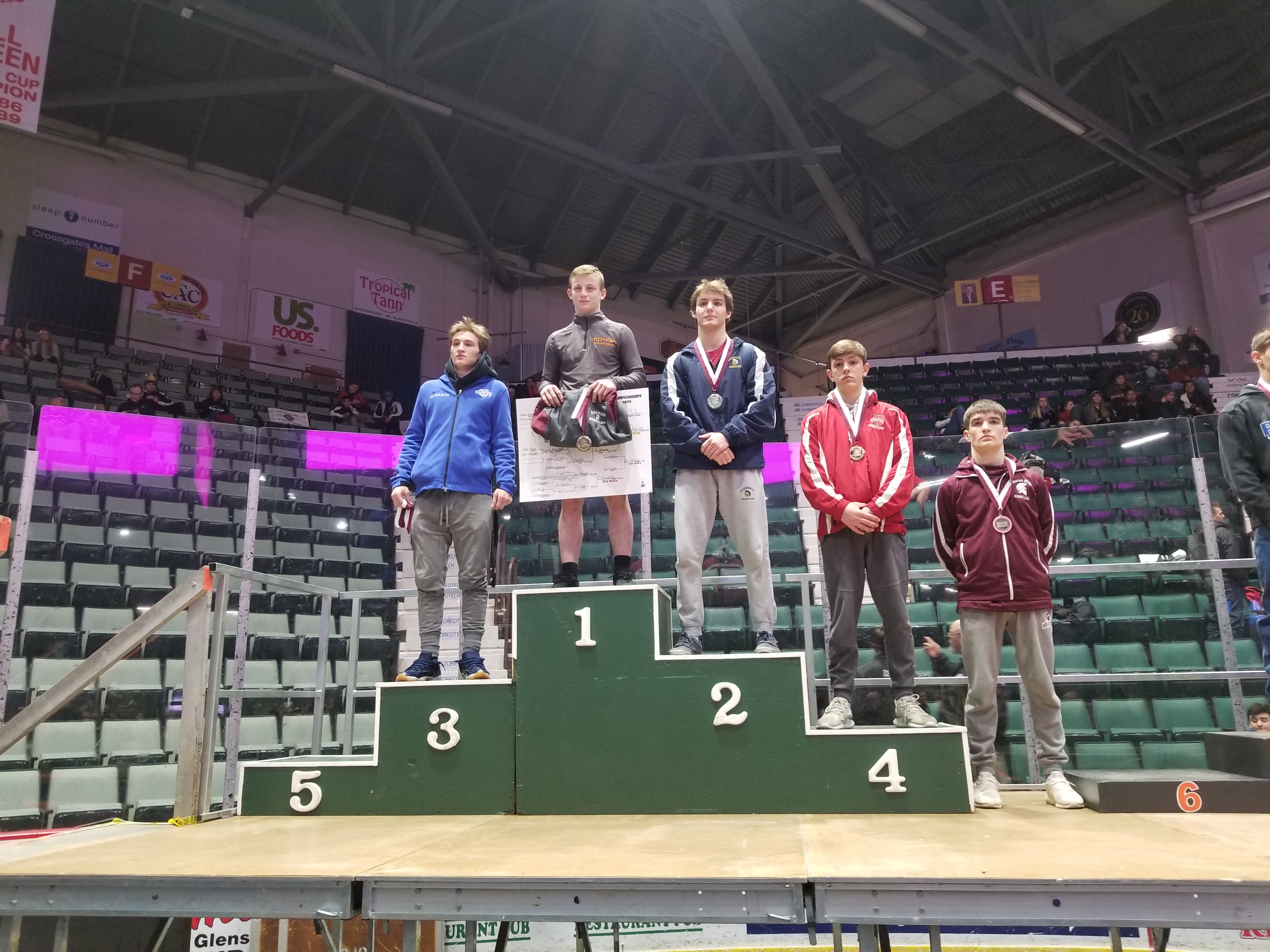 Jake Deguire became Mohonasen High School’s first Section II Division I Wrestling champion since 2012 when he forged a 12-2 major decision over Dan Brady of Queensbury in the 132-pound final.

“Since seventh grade, this has been my goal,” the sophomore said after raising his season record to 43-5. “Now its place [at the state meet]. In the future, it will be to win it.”

Corey Quintana was the last wrestler from the Rotterdam high school to snare a Section II Division I title at 285 pounds at the 2012 state meet qualifier. Mohonasen’s last state meet place finisher was Pat Ferri (119 pounds, sixth) in 1983.

“I want a lot more people [from Mohonasen] to do it with me next year,” Deguire said.

Deguire scored a 15-0 technical fall over Dillon Blanchard of Guilderland and decisioned Sam Lindberg of Burnt Hills-Ballston Lake 2-0 to reach the 132-pound final. Deguire also beat Brady in last week’s Section II Class B title bout with a pin in 2:31.

“He’s good, but I knew I could beat him,” Deguire said. “I just had to be aggressive. When I wrestle good, I’m aggressive.”

Deguire picked up his 100th varsity win earlier this season at the Eastern States Classic.

As only a sophomore, Deguire already has 117 wins in his career. His record so far this year is 43-5. He now advances to the NYSPHAA Championships on February 22-23 at the Times Union Center. Mohonasen junior Camrin Russell also placed third at the 285-pound level.